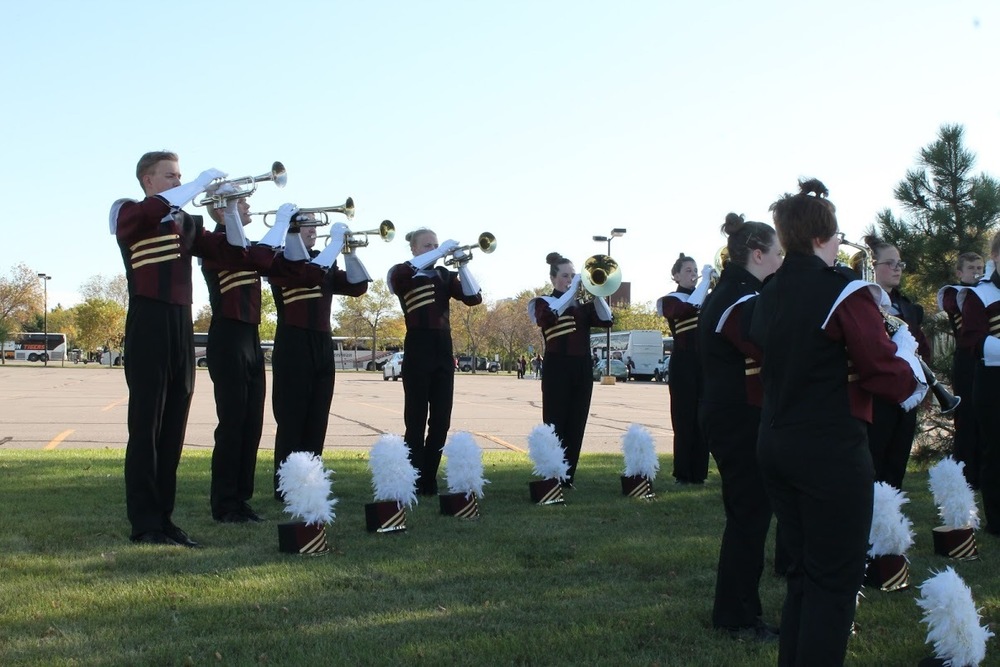 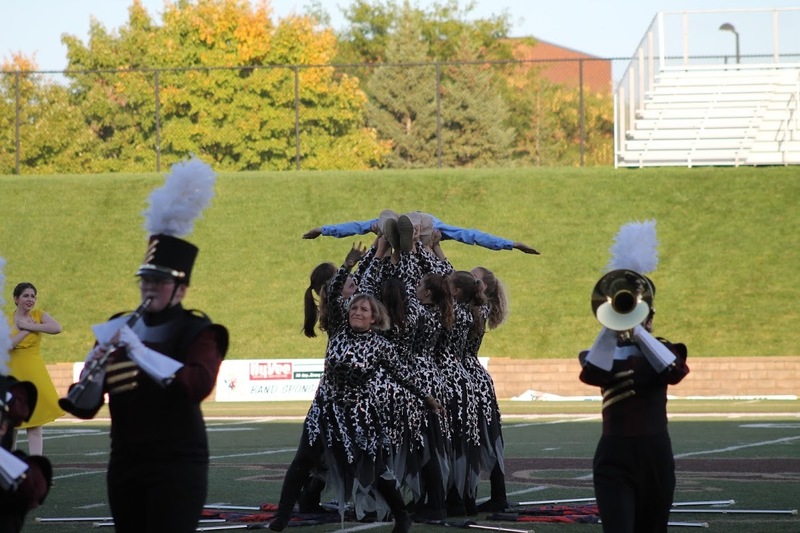 This year’s show explores one of the most important milestones in a young couple’s life – purchasing their first home. Buyers must look at all aspects of the house, because one never knows what sort of ghoulish surprises may lurk around the corner... Tonight, the HHS Marching Band presents movements 1 through 3 of their 2019 show Buyer Beware...

The Harrisburg Marching Band is under the direction of Jason Groon, Tim Stockman, Elizabeth Ennenga, Lora Egan, Ellie Rohlck and Drum Majors’ Layla Davis and Clyde Gregoire. The Harrisburg High School marching band begins their competitive season on Sept. 21st at the Pursuit of Excellence in Marshall, MN. Throughout the course of the season, the band will also perform at competitions in Sioux City, IA, Sioux Falls, SD, and Minneapolis, MN.

Rehearsals for the 2019 marching band season began in mid-July. Students spent the first three weeks rehearsing eight hours per day to develop marching fundamentals, build musical facility, and begin putting the show on the field. After the first three weeks, students continue with rehearsals on Tuesday and Thursday evenings throughout the duration of the season.