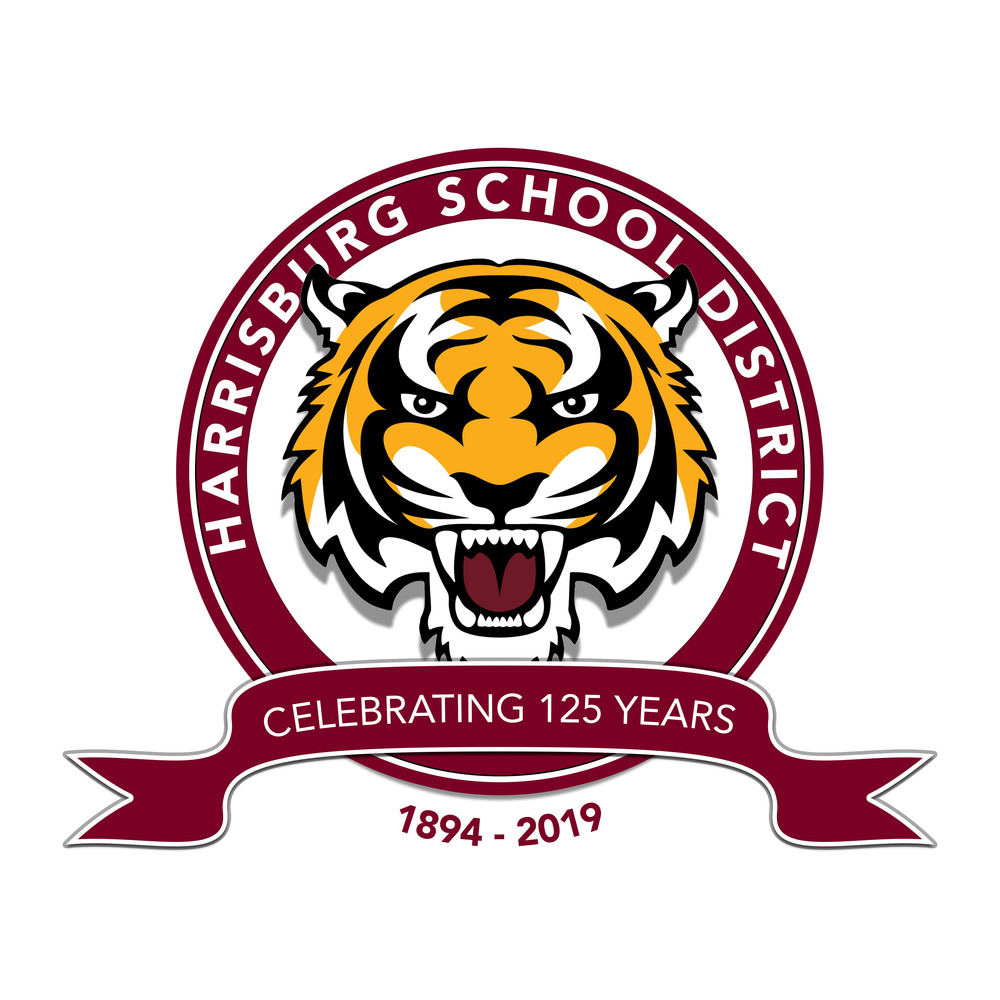 HARRISBURG, SD - The Harrisburg School District will celebrate 125 years of Tiger Pride during the 2018/19 school year. A series of events will be organized to commemorate this special occasion, culminating in an all- school reunion during Harrisburg Days 2019. If you have historical photos or items from your time in the district, please contact JoAnne VerMulm at 743-2567 to share them. A scan can be made of photos and items can be displayed on loan. With the district’s extreme growth in the past couple of decades, you may find the following excerpt amusing as a Lincoln County historical book provides a glimpse into past growth surges.

“The first school house of Harrisburg was built in 1894. A group of local supporters petitioned the County Superintendent of Schools to detach a portion of District No. 48,44,28&57 to form a new school district known as District No. 81. The first school board consisted of S.D. Kenyon, J.L. Kehm, E. J. Hart. The first teacher was Miss Maud Brown. Due to growing population an additional school was built in 1901 and high school was included in the course of study. May Davis, who taught the first six grades, was the first teacher in this new school. Professor Herbert Brown had the six upper grades.

In 1908 a brick building was constructed. Only the lower oor was used at this time. Estella Beck Perry and Gena Haug were the rst teachers. Kathryn Sutton and Mariam Gauld were the first girls and the first students to graduate from high school in May 1912. Prior to the construction of the brick building, four other buildings were used to accommodate the school needs. One of these was the old frame store located directly across the street from Brecht’s Garage. This housed the 7th and 8th grades. The second floor of the Opera House, which is above Spomer’s Market, was used for classes of general shop and basketball. The Theater Building, a structure that once stood between Brewer’s Drug Store and Gray’s Barber Shop, was used for plays, declamatory, musicals, commencement exercises and other school activities. The Town Hall was also used as a classroom.

In 1938 a proposed addition was voted upon. It was to include a gymnasium-auditorium and two additionalclassrooms.Thesecond oor of this addition had a student assembly and library. Three bus routes were set, the buses being drawn by horses at rst. Enrollment in 1939 was 93 in high school and 85 grade school pupils. In 1952 the high school (9-12) had 71 students and the elementary school had 108 students.

In 1956 plans were made for additional classroom space. On December 12, 1956, the voters of the Harrisburg School District voted to pass a bond issue [for] elementary classrooms. The facility was completed and students occupied the new addition by August 1957.

In 1969 plans were made by the school board to ask the voters to approve a bond issue for a new high school. The issue passed and the facility was completed and occupied by students in August 1973.

In 1979 plans were made by the school board for additional space for elementary, junior high, science and dining room facilities. The facility was ready for student occupancy by August 1980.