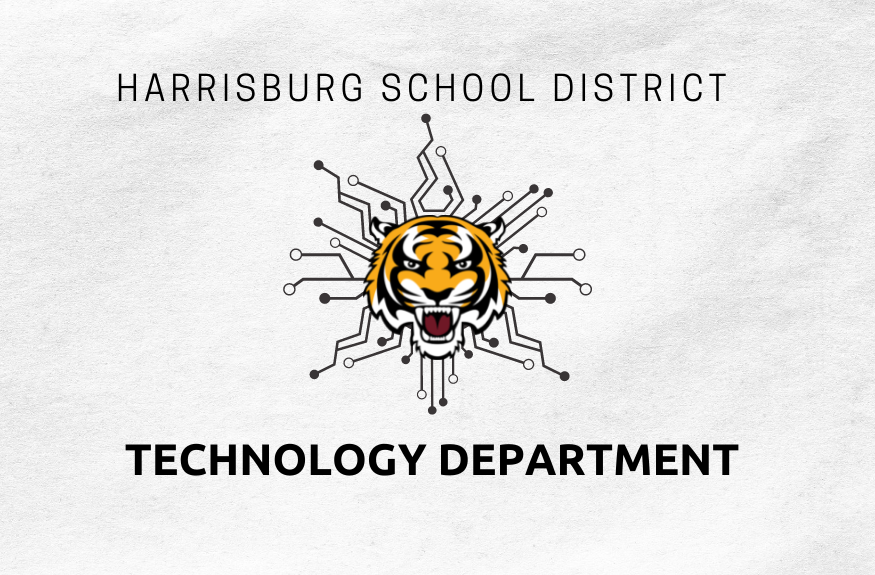 There are several people in our district that work together so our students have the most up-to-date technology. Two of these people include Mike Christopherson, technology director for the Harrisburg School District, and Brian Plahn, technology integrationist at Harrisburg High School.

To start, the technology department has many goals so to provide the best to Harrisburg students; however, there is a need for top-of-the-line resources to achieve these goals. For example, the tech team would like to make a single sign-on for all websites and apps used with technology that the district provides so everything is easier to access. Next, they would like to increase the data side of their department so they can make better decisions and help people much faster than before. They would also like to grow the technology team. The high school has one main goal: Make the technology the most updated and in the best working conditions possible. An example is when they moved to MacBook Airs for all high school students. A few years later, they decided it wasn’t the best option and then moved to iPads starting with the freshmen students.

Next, there are also many changes happening throughout the district and high school when it comes to technology right now. Harrisburg’s district is implementing the “follow me” printing strategy; it will save a lot of money in the long run. Also, 6th through 12th graders in the district will make the switch to Canvas as their learning management system because they want children and parents to share similar experiences no matter what class they are in.

Finally, there is the recent transfer from computers to iPads at the high school. The high school’s technology department chose to make the switch because they want all students to have the most updated and proper tools for students to be successful. One of the biggest upgrades from the switch is students now have an electronic pencil to use on the iPads as a different way to interact with the devices. It has been said that the hardest part about the transition for students and teachers was adjusting to the different abilities of the IPads. Adjusting to the technical problems, different ways to create and share curriculum, and strategies for efficiency proved initial difficulties for staff and students. However, with the technology department’s focus on goals for the future, it will allow the students to progress into the 21st century.