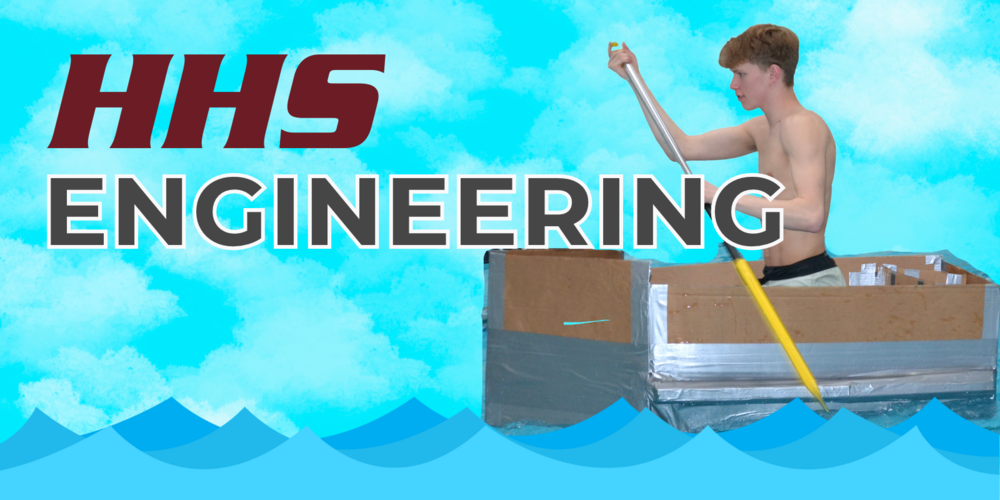 Harrisburg Introduction to Engineering DesignStudents Take to the High Seas

Harrisburg Introduction to Engineering Design students took to the high seas in early April to test their creations.  The challenge was to construct a boat with two rolls of duct tape and unlimited cardboard that would hold at least one person.  Each team of two or three students were encouraged to research water displacement, thwarts (canoe supports), and duct tape waterproofing.  After two weeks of design and construction, 33 students loaded 15 boats onto busses and headed to the Elmen Center Pool on the Augustana campus.

Each boat was tested in speed and duration.  Logan Hammer and Striker DeHaven had the fastest vessel with a time of 26 seconds from shallow end to deep.  Justin Ptak and Egan Schreurs had the longest float with a time of 32 minutes before they were capsized by their classmates.  In the Titanic division, Max Vandonslear and Jack Feiock had the most epic shipwreck.

HHS Engineering sends an especially large thank you to Ace Hardware in Harrisburg for donating duct tape.  Thank you also to the many sponsors and friends that donated cardboard.  Plans are already underway for next year’s race.